As I’m sure many of you will be well aware, American Truck Sim isn’t a racing simulation – far from it in fat, but we RaceDepartment folk remain firm fans of the work produced by SCS Software, and it seems like our sim racing community are also rather fond of the more relaxed side to driving on your home rigs.

Since American Truck Sim released back in 2015, the team over at SCS have worked tirelessly to improve and expand what is already a very large scale and detailed American landscape. Having released various vehicle, accessory and map expansion DLC’s since the simulation first hit public release, the studios appetite to continue growing the trucking world seems pretty much insatiable – as these previews from the next release on the horizon so clearly show.

The Idaho map expansion is expected to drop for the game during the summer of 2020, and as usual, these latest piece of content looks set to contain an impressive attention to detail that has become the expectation from SCS Software in recent years. 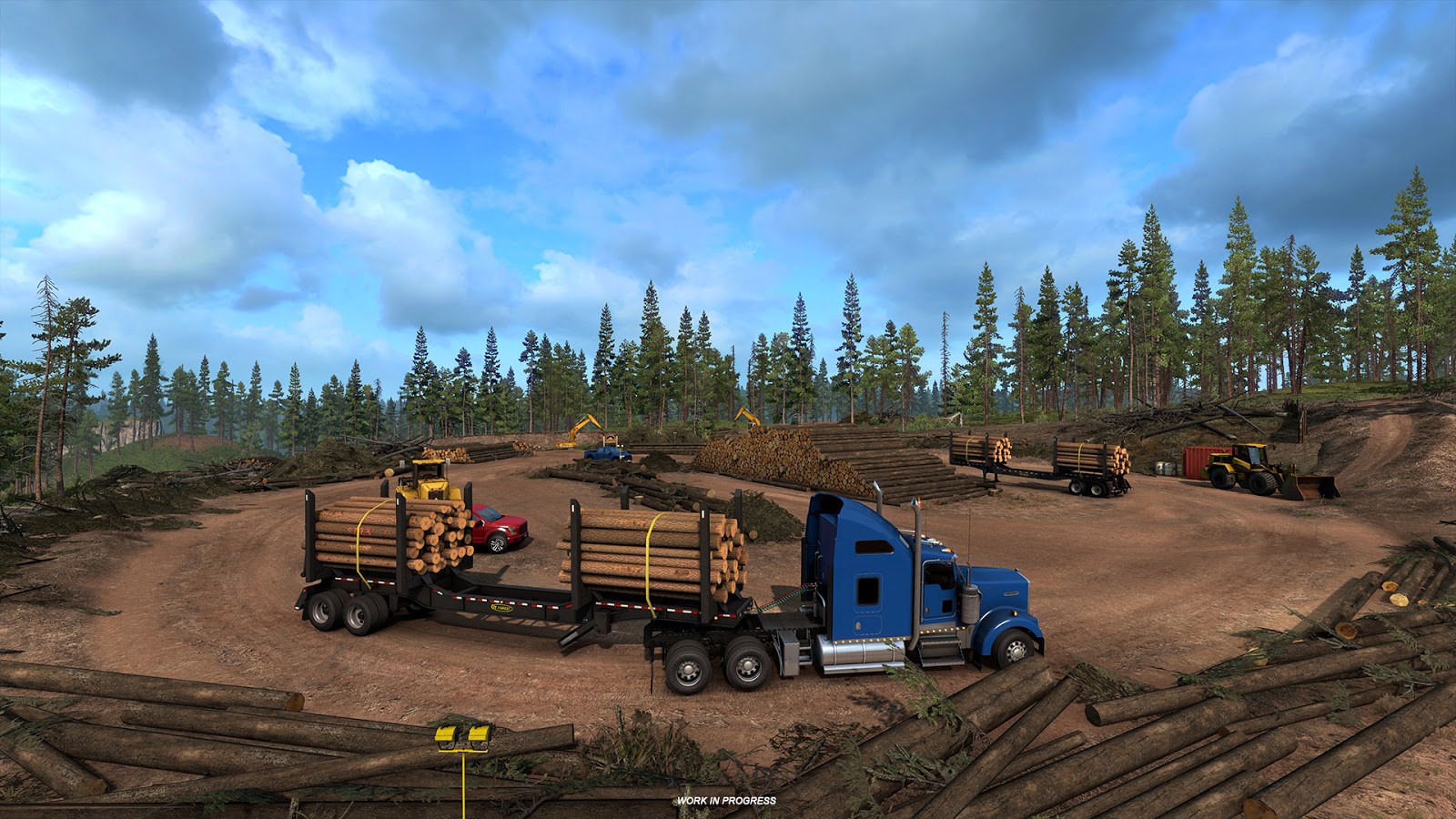 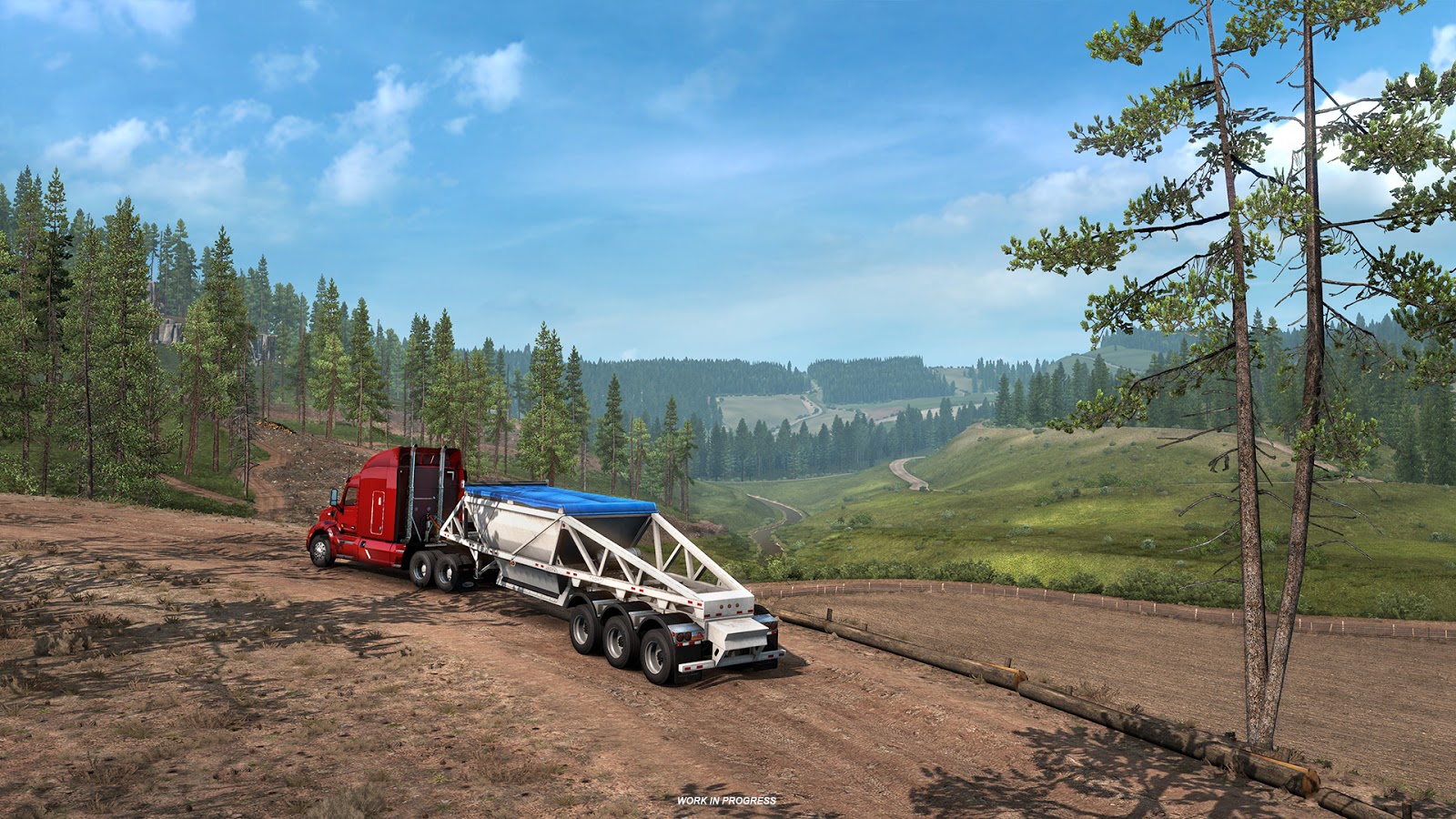 In the North of Idaho (also known as the panhandle), the forest and timber industry is one of its leading economy contributors thanks to the region’s rich and thick forests. For many players of American Truck Simulator, logging industries have become a favorite destination as many of them are located off-road and present a unique challenge for drivers.

Drivers can look forward to more challenging climbs between rocks as well as some tight turns which may prove difficult for longer or heavier trailers.

We will also be revisiting your favorite timber harvest sites, introducing a few new assets and 3 new timber harvesting locations as part of our newest Idaho DLC! These industries have been given a lot of love by our ATS community, and in turn we hope this will bring a fresh look to these popular industries.

Idaho will also see the introduction of a new prefab that will bring a new overall feel to the timber harvesting industry.

American Truck Simulator is available from Steam exclusively for PC.

Having issues with the simulation? Post a thread in the American Truck Sim sub forum here at RaceDepartment and let our awesome community help you out! 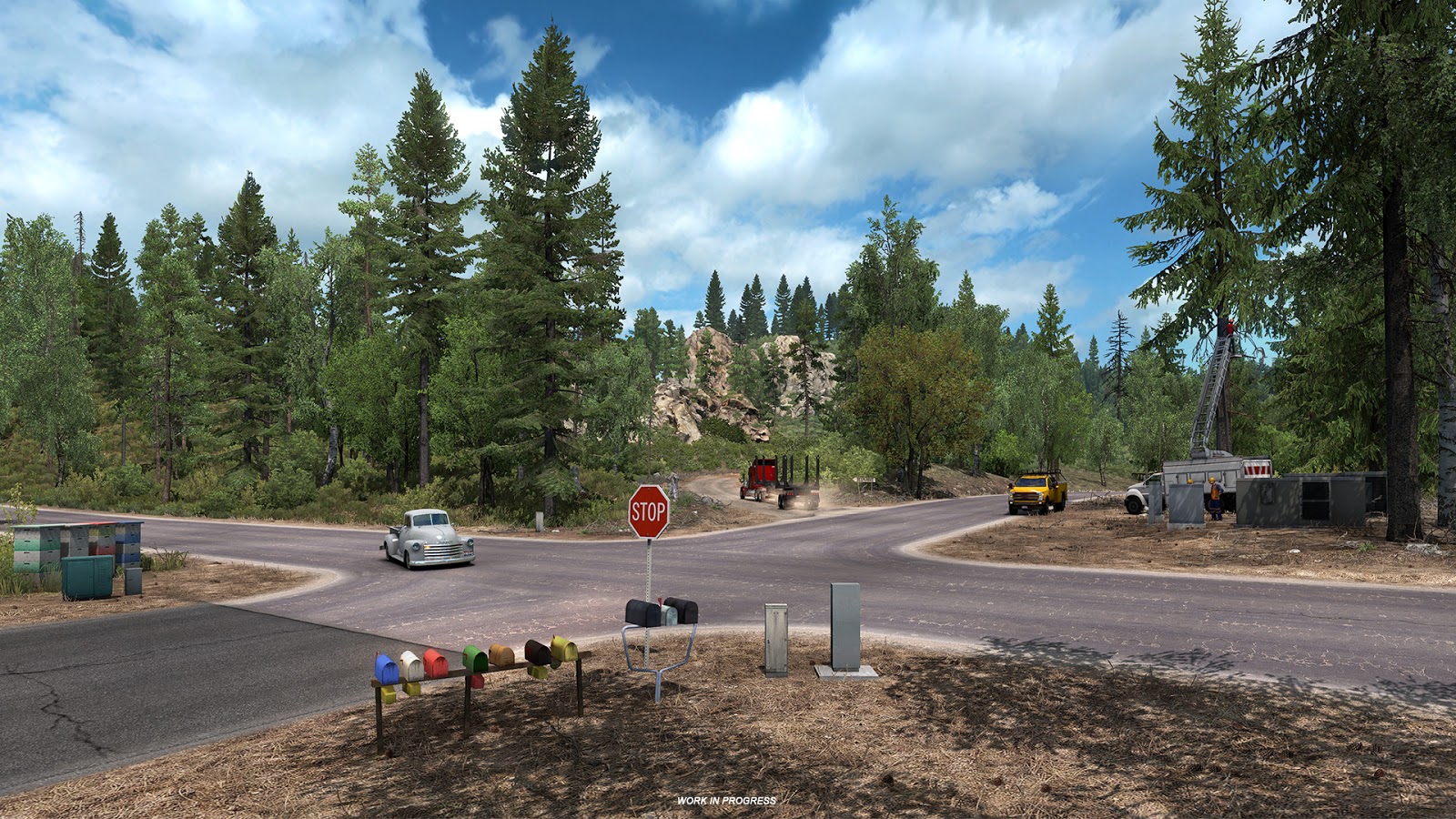 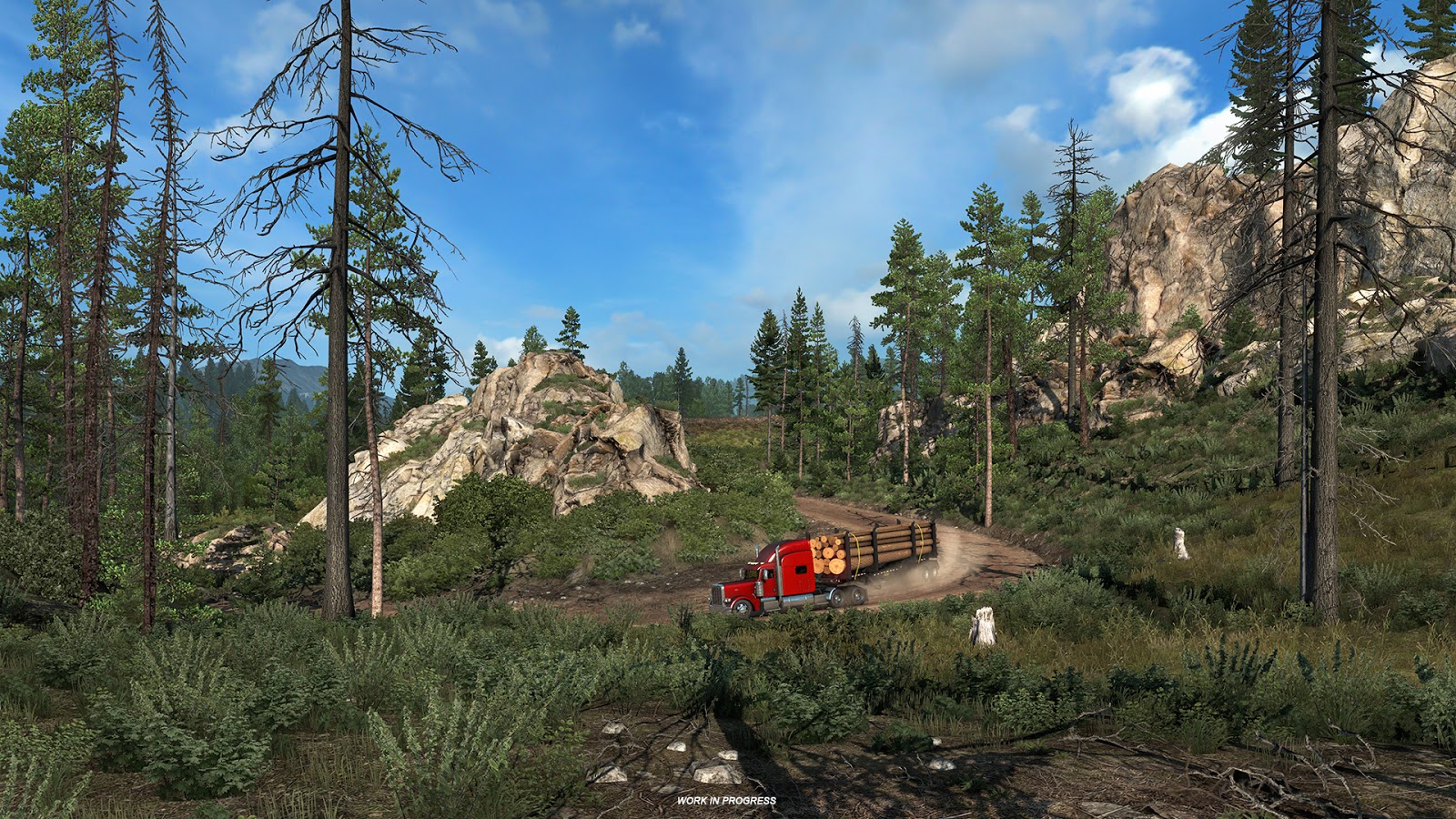 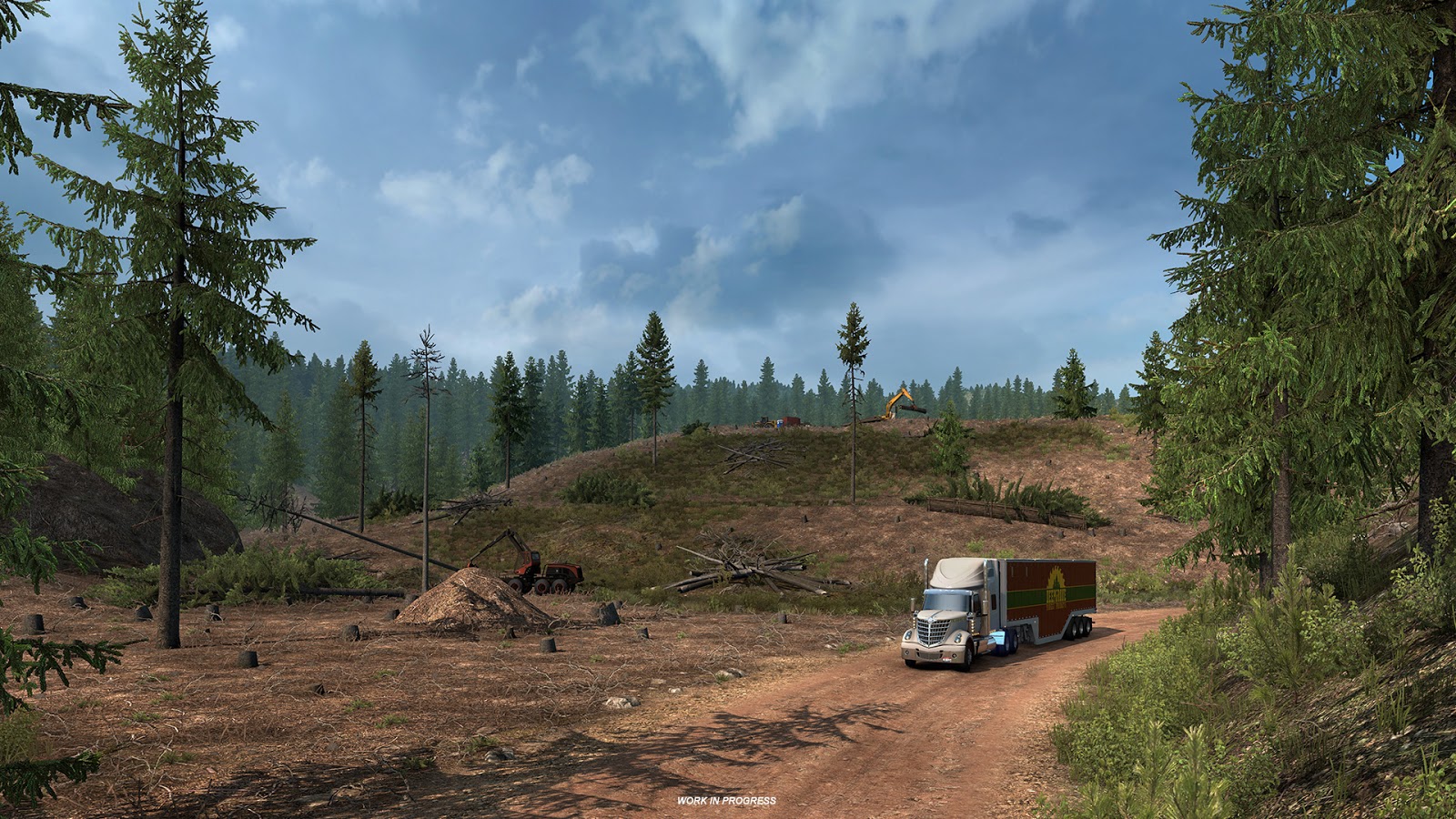