Friday has become the day of the AMS 2 update, and this week is absolutely no different as Reiza Studios deploy yet another impressive new build for their Early Access Automobilista 2 racing simulation.

As well as entering the world packed full of the usual fixes, tweaks and improvements, this latest build is also noteworthy for the inclusion of three cars from the mighty 1980’s Brazilian ‘Hot Cars’ series – where things go crazy and sideways action is your buddy…

Content aside, Reiza continue to work wonders with the developing title, adding another pleasing pass at AI and force feedback behaviour as they build up to a V1 release. Don’t worry though, plenty more has been addressed by the hard working team at Reiza HQ – the details of which you can find below:

This week´s update features further housekeeping, with focus again on the FFB / physics / AI combo as these fronts begin to come full circle for v1.0 release.

Relative to last week, the FFB changes have been a slight refactoring of the way steering arm forces pass on to FFB (should provide a slightly “tighter” wheel around the center), slightly reduced the FFB filters added in previous update & added soft lock for wheels that still didn´t have it.

Further FFB changes from now will be restricted to bug fixes, track/car-specific fine tuning & those resulting from physics adjustments – these can still add up to substantial differences, and we also plan to add a couple of car-specific adjustments so users have some room to customize them to their preferences – but as far as the core system goes however we consider FFB wrapped for v1.0

IMPORTANT: “OLD DEFAULT” FFB profile has been discontinued in v0.9.3.1 – there´s only one default FFB profile (the “CUSTOM” option should only be selected if you have modified your Custom FFB file). An updated FFB guide will be posted soon.

On the physics front there´s been another round of fine tuning with most cars receiving a few updates, most substantial being big fixes for F-V10, Super V8, Copa Trucks, F-Classic G3M3 and Superkart. Brakes have also been further fine tuned, the main change being greatly reduced brake performance when cold (be careful in your first corner exiting the pits). Tyre physics on wet surface have also received attention, mostly fixing the excessive slick grip on a wet track for compounds in which that was an issue. IMPORTANT: As usual make sure to reset your setups if you had any changes from default auto-saved.

IMPORTANT: Please note that AI performance will probably be a bit faster overall so you may need to lower your AI Strength setting relative to the previous version to get the same performance from before. The AI still works better with settings around 100% Strentgh / 50% Aggression, with lower and higher values not offering the range of adjustment one would expect – revising the AI Strength logic is next up on our to-do list.

The downside in the constant flow of updates over this Early Access period is the inconvenience of having to regularly review & reset settings, so we´d like to thank you all for bearing with us through this development stage and for helping keep it pointed in the right direction – rest assured we expect things to begin settling down from now on, allowing you to stop fiddling and focus on racing! 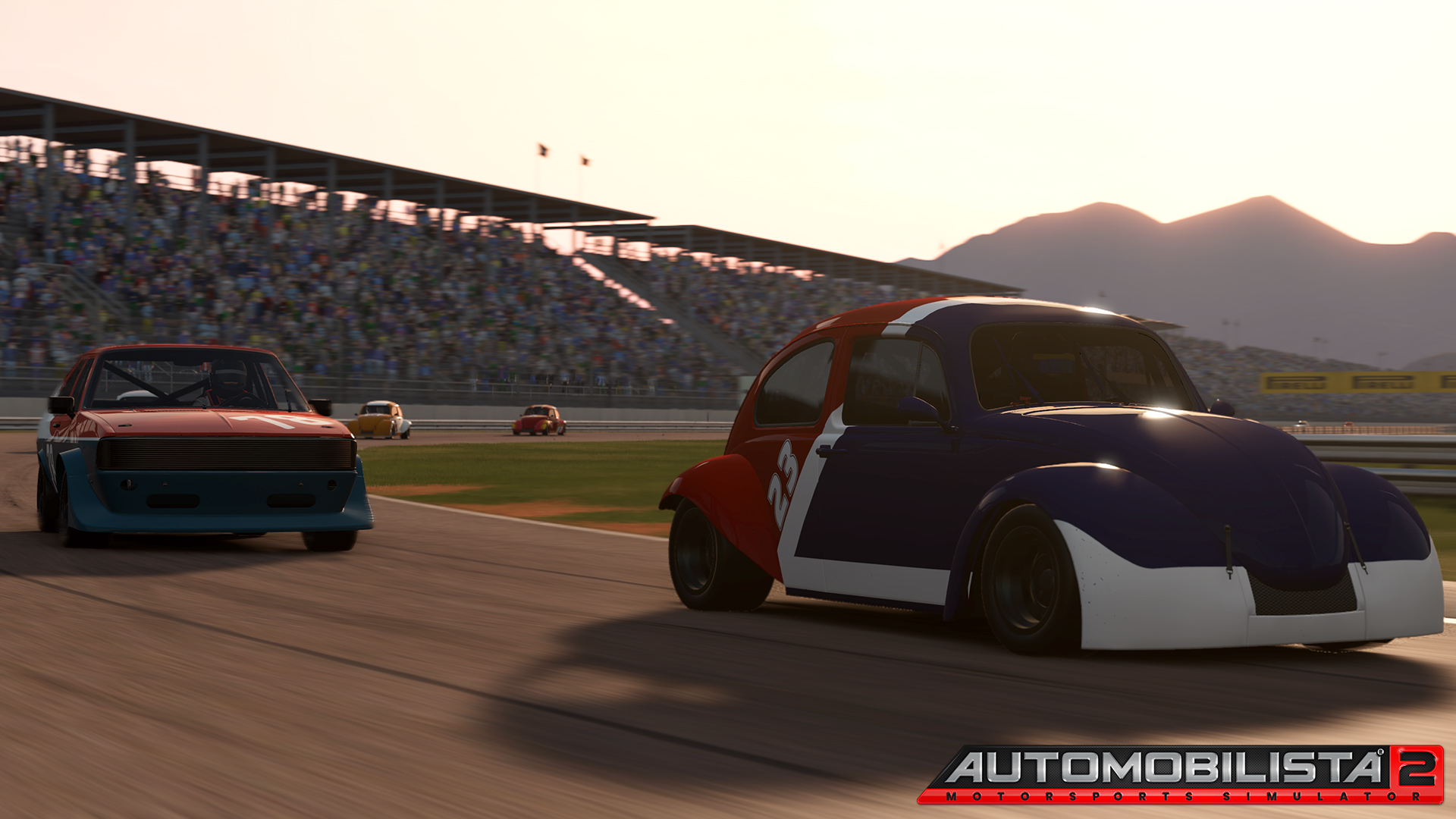 On the content side, in this build we continue to explore the 1980s Brazilian racing scene, now adding the Brazilian Hot Cars series, based on an early 80s spin-off of the popular Divisão 3 category featuring popular cars tuned up to 11 to race around the old Interlagos and Jacarepagua – those were the days!

There´s even a movie featuring the series as background titled “Os Campeões” – a Brazilian 80s rip-off of the classic “Grand Prix” movie worth checking the snippet below even if just for a glance at the glorious old layout of Interlagos!

If you need help and support getting the most from AMS2, start a thread in our AMS2 sub forum here at RaceDepartment and let our great community help you out. 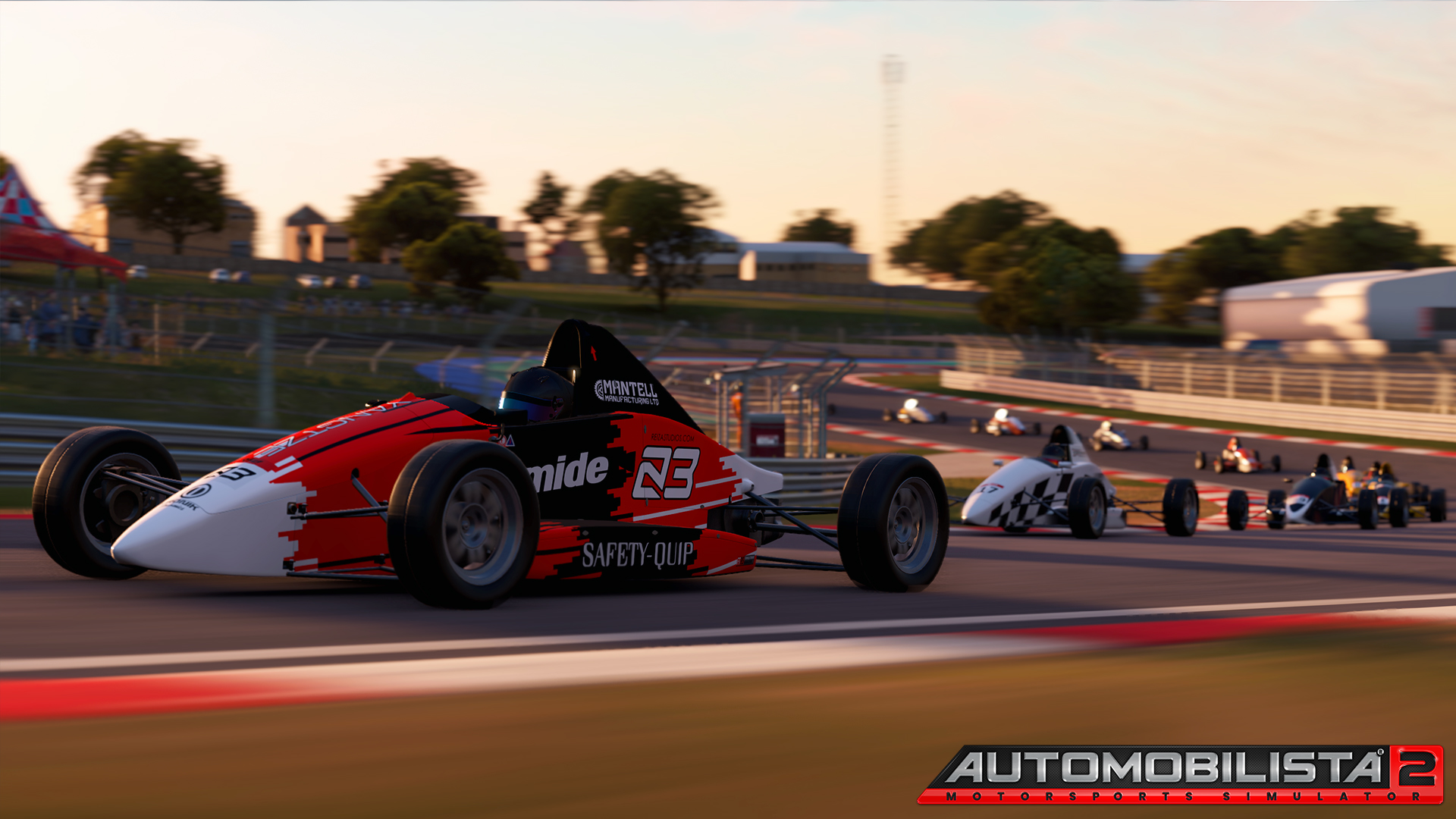