Two wins boost Pascal Wehrlein to the lead of the virtual championship, which runs in partnership with Motorsport Games to support the UNICEF coronavirus relief effort.

The 1.48-mile German track has featured on the real-life FE calendar every season since an inaugural race in 2015, and now joins Monaco, Hong Kong plus the fictional Electric Docks layouts in the sim racing series.

Venturi driver Edoardo Mortara, who claimed pole position in a wet qualifying for the previous Race at Home Challenge round in Hong Kong, guides Motorsport.com around a lap of the 10-corner circuit.

FE races on the apron of the former airport, the surface of which is made up from concrete blocks following the venue’s use during the Cold War.

The expansion joints – where each section meets – makes for a bumpy ride, while the concrete itself is extremely abrasive.

Mortara says: “The surface is not normal asphalt, it’s quite different. You have this rough concrete, which is normally giving the track quite a lot of grip and it’s causing a little bit more issues for the tyres. The way you set up your car for Berlin is a bit different.”

The airport closed down in 2008 and its subsequent use has been infrequent. But this doesn’t make for strong track evolution across a race weekend when the cars lay down rubber.

“You would think there’s a lot of track development, but actually there’s not so much,” Mortara adds. “The level of grip is already quite high when you get there because of the special surface. During the race weekend, you tend to have a lot of marbles off the racing line because it’s so abrasive. This causes a little bit more a tyre degradation.” 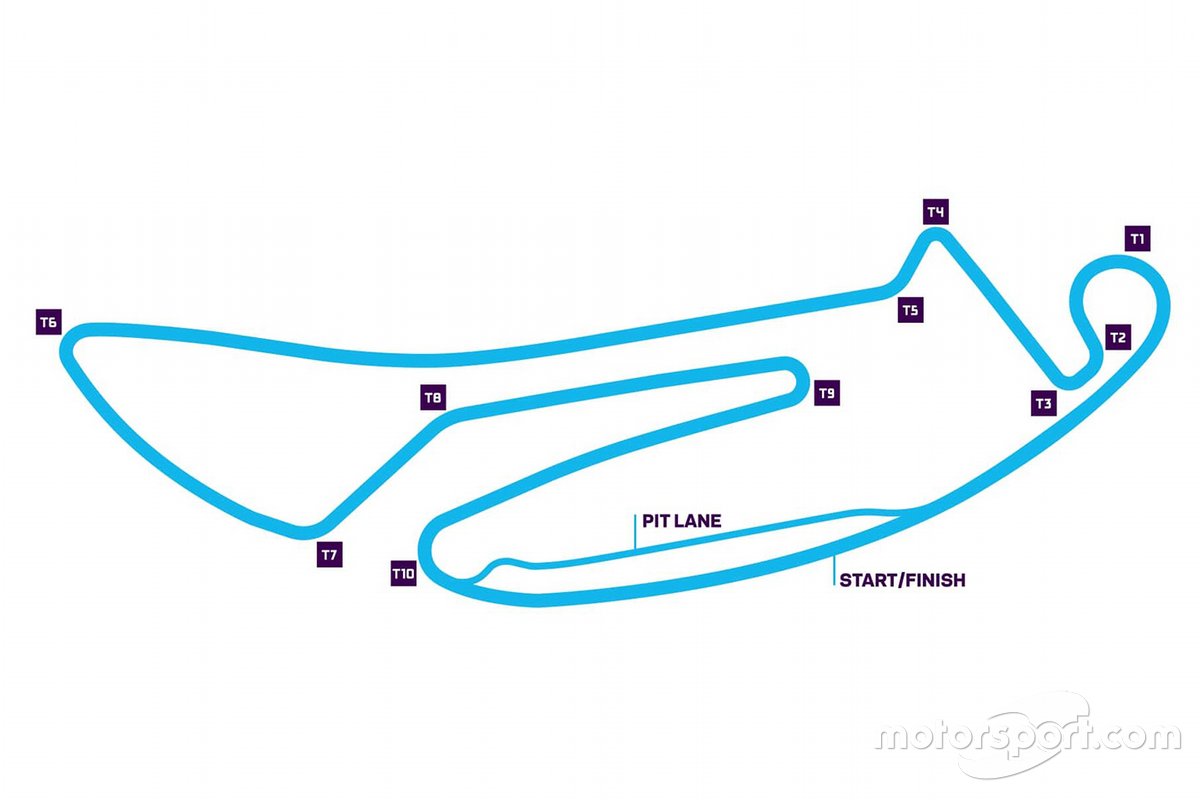 The opening gambit is one of the longest corners on the FE schedule. The main straight curves into the 270-degree left-hander before flicking right into the double-apex sequence of Turns 2 and 3.

A long approach into Turn 1 means drivers trail brake to the apex, which can lead to flicks of oversteer as the rear of the car attempts to step out. Combined with the dirty surface off line, it’s an area where there’s time to be found.

Mortara explains: “The first part of the track, you have a long first left-hander and after it a very sharp right-hander. These are very slow corners. What is very important in this kind of slow corner is to brake late and have good exits, especially from Turn 3.”

After a run to the narrow left-hander of Turn 4, the track straightens through a flat-out kink at Turn 5 before a very long run down the back straight.

“Coming into a left-hander, which is actually more like a small chicane, it’s very important to exit well from that corner because then you have a pretty long straight,” says Mortara.

The circuit circles back round through the expanses of Turn 6. The open space allows drivers to experiment with varying lines, but most tend to run wide at the entry to open the corner up as much as possible to ensure a smooth run on down the subsequent straight.

“After the first long straight that you have on the circuit, next is a pretty sharp left-hander,” says Mortara. “It’s quite important to brake late. It’s bumpy, tricky and it’s very easy to lock the inside front wheels.”

Up next is the rather open Turn 7 and the straightforward curve of Turn 8.

“The left of Turn 7 is probably one of the quickest corners that we have on the Formula E calendar,” says Mortara. “The next right turn is flat out.”

The run to Turn 9 provides the greatest overtaking opportunity at Tempelhof. The last sector is comprised of only two corners, and the tight hairpin means it’s easy for drivers to run in too deep and miss the apex as they tackle understeer.

Mortara says: “After that flat kink, you have a right hairpin. It’s very important here to brake late but it’s pretty bumpy so it’s difficult because it’s easy to again lock the front wheels. The exit is also quite important.”

Rounding out the lap is the long final corner, for which drivers hit the brakes at the 50-metre board. They need to exit cleanly and with strong traction to propel themselves down the curved finish straight.

“Then you’re ready for the last corner,” Mortara concludes. “This is a bit tricky because the exit is quite open, so it’s important actually to carry some speed into the corner.

“If you get a good exit, that will put you on the main street. This goes a little bit to the left, so it’s not completely straight.”

This upcoming race will be streamed live on Motorsport.tv.