Leclerc will make his Le Mans debut in the rFactor 2 race, which is been run by a partnership between Le Mans organisers the ACO, the World Endurance Championship and Motorsport Games.

The race will take place on June 13-14, the original date of the real-life Le Mans 24 Hours, before it was postponed to September 19-20 due to the COVID-19 pandemic.

Although Leclerc has won twice and is on a run of five consecutive podium finishes in F1’s Virtual Grand Prix series on Codemasters’ F1 2019, he has limited competitive experience on the simulation-focussed platforms.

Leclerc will be joined in one of three AF Corse-ran entries by Alfa Romeo’s Giovinazzi, who made his real-life Le Mans debut in a Ferrari 488 GTE in 2018, as well as reigning F1 Esports champion David Tonizza and 2018 eRace of Champions winner Enzo Bonito.

They will race the Ferrari 488 – newly released in rFactor 2 this week – in the GTE class, where their main competition is expected to be the factory-backed entries from Aston Martin, Porsche and Corvette.

Two-time F1 champion Fernando Alonso, who has won the previous two Le Mans with Toyota alongside Nakajima and Buemi, will compete in a separate LMP2 entry alongside 11-time F1 race winner Rubens Barrichello.

The Virtual Le Mans 24 Hours will be streamed live on Motorsport.tv. The race starts on 13 June at 14:00 BST. 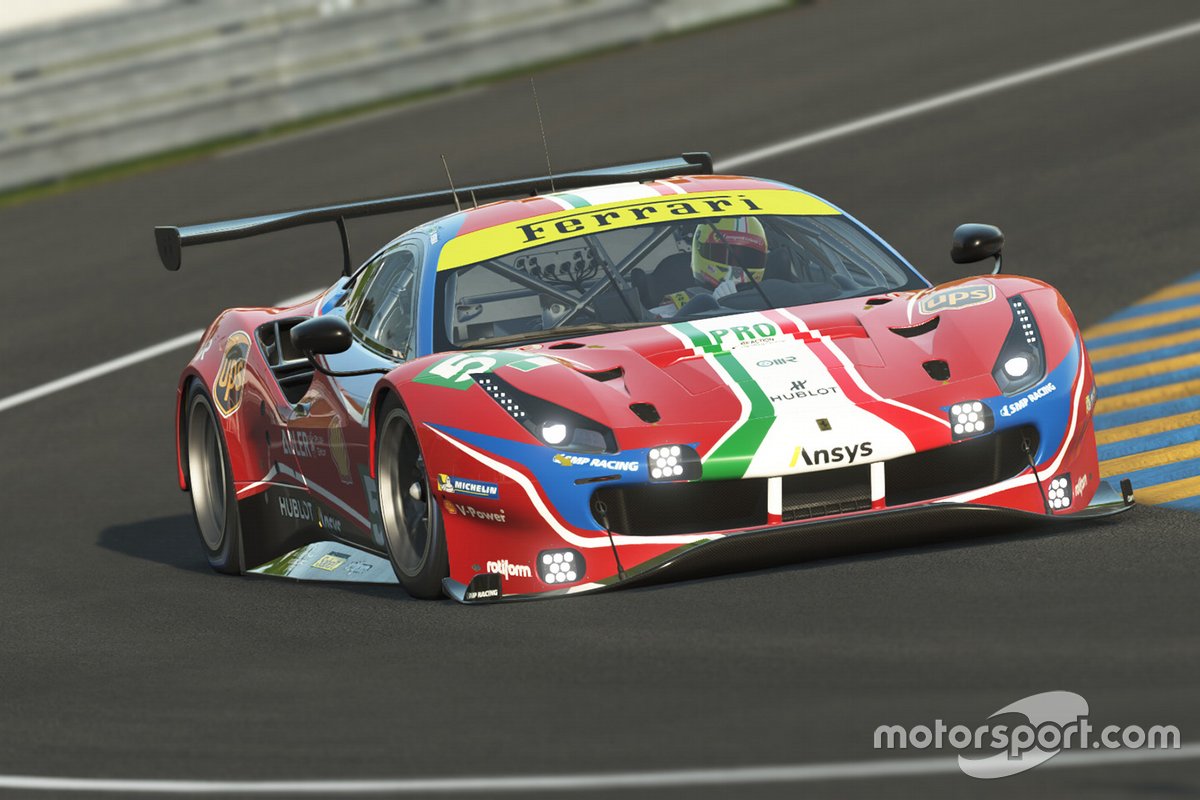