SRO E-Sport GT AM Championship Round 3 | How To Watch

Round three is almost here folks, and following the incredibly dramatic encounter at Spa-Francorchamps last time around, who will come out on top at the mighty Nurburgring?

Drama was the absolute word of the day on Saturday in the rain of Spa, with a monumental opening lap accident doing wonders to shuffle the running order beyond recognition – throwing the championship chase wide open, and pretty much leaving the whole field having to start from scratch for round three. For us viewers, the combination of circumstances last time out are pure magic for the racing spectacle, as frankly anyone can still win this series, and with just two races left to go at the conclusion of Nurburgring, everyone has to go absolutely pedal to the metal if they want to take home the big prizes.

Thanks to their success last in round two, Audi will be carrying a healthy additional 42kg heading to Germany, with Porsche dropping down to just 10kg thanks to a single podium placing in the Ardenne courtesy of the ever consistent new championship leader, Samir Ibraimi.

How To Watch?
All the racing action will be presented to you by Vicki Butler-Henderson, Martin Haven and Paul Jeffrey live on the RaceDepartment Twitch channel from 18:00 UTC, Saturday 30th May 2020.

With our live broadcast team set to bring you insight, entertainment and of course the action on track as it happens, we are excited to be with you for the whole duration of the season this year – and offering some incredible prizes for our viewers and drivers too!

What Can I Win?
Thanks to our epic broadcast sponsors, Round 3 of the SRO E-Sport GT AM Championship is set to offer opportunities for both drivers and spectators to take home some outstanding prizes. 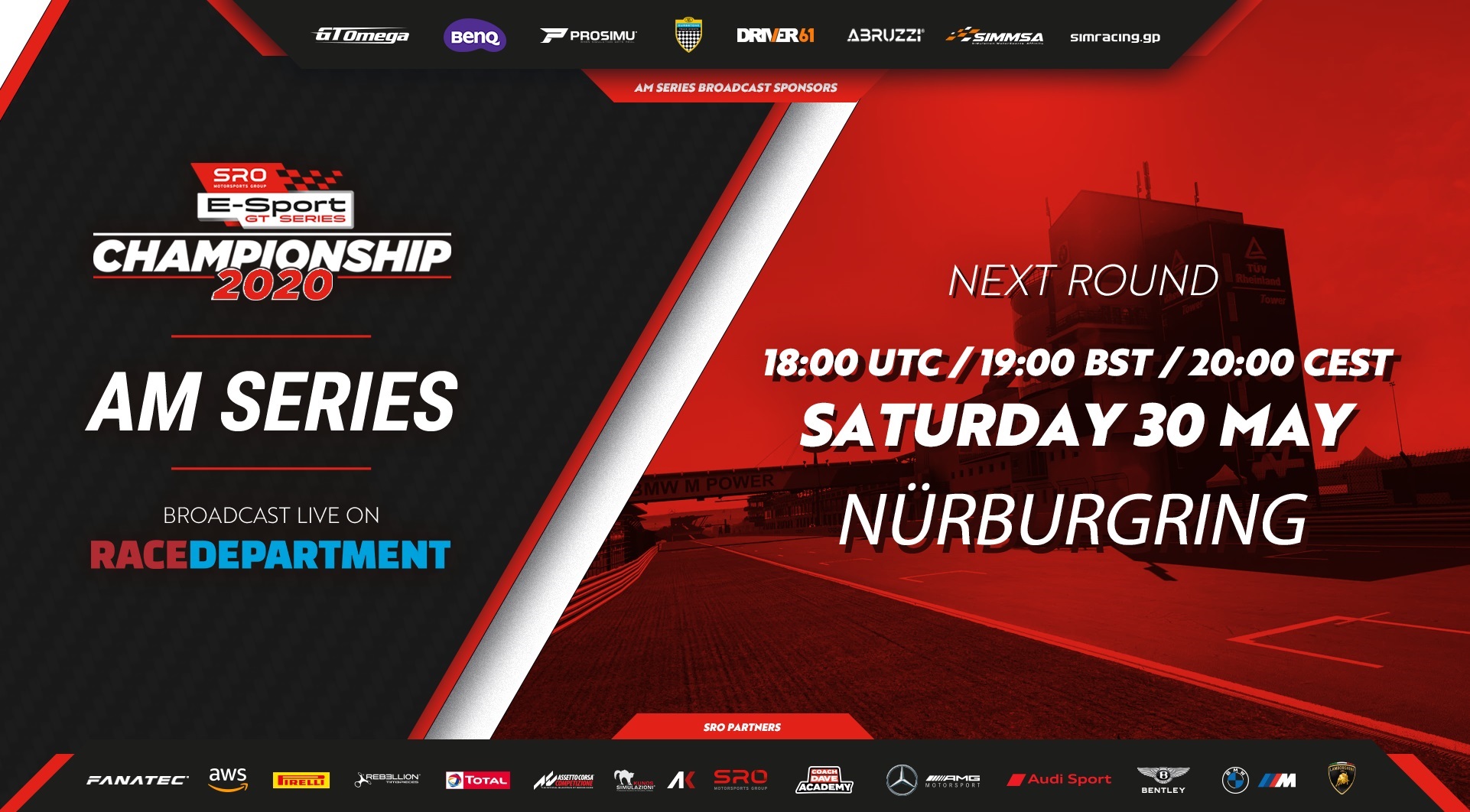 As well as enjoying our race broadcast, viewers watching live have a great opportunity to win an amazing 2 high speed passenger laps of the amazing Spa-Francorchamps circuit! All you have to do is leave a comment during the live broadcast and follow the RaceDepartment Twitch channel before the in-race competition graphic appears! It’s that simple, and you could be in the draw to win an incredible prize! (Terms & Conditions). 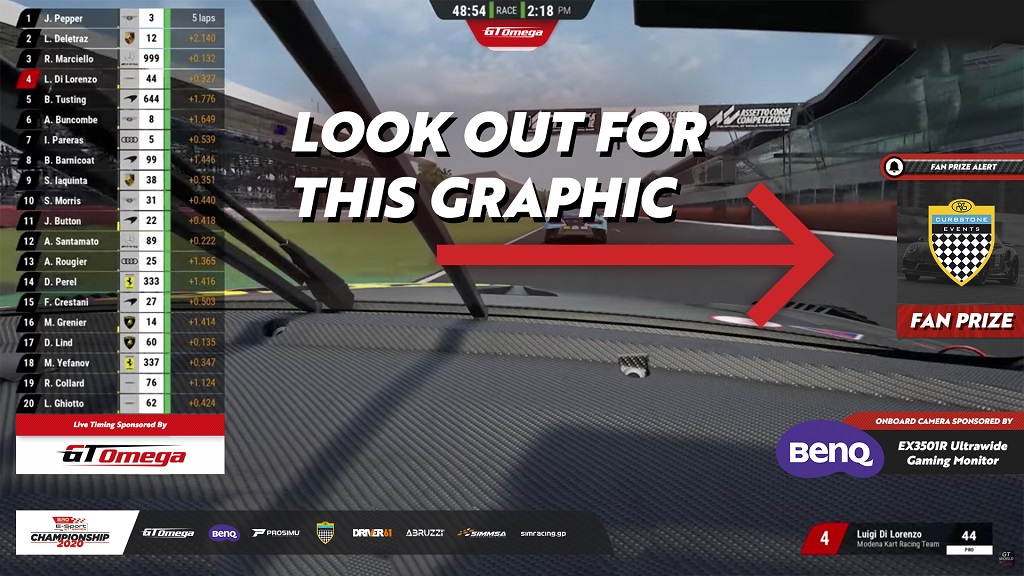 From the driver side of things, GT Omega will be providing a wonderful Pro Office Chair to enjoy!

When Is The Race Taking Place?
Round Three of the SRO E-Sport GT Series AM Championship will take place this Saturday 30th May. This is the third round of our five race series for the sim racing community stars, following up from the successful opening events held at Silverstone and Spa-Francorchamps Further races will be taking place at Barcelona on June 6th with the final round set to be held on June 20th at a track to be decided by community vote.

All the action will be brought to you by Vicki Butler-Henderson, Martin Haven and Paul Jeffrey this Saturday 30th May – tune in to the RaceDepartment Twitch Channel, enjoy the racing and put yourself in a position to win great prizes!