NASCAR Heat 5 from 704Games recently released on both console and PC, and despite holding the official licence for the 2020 NASCAR Series, it really is a massive case of what could have been…

Let me get straight to the point on this one. NASCAR isn’t everyone’s cup of tea, but for those who do enjoy stockcar racing predominantly on ovals, the series is an incredibly exciting one to both watch and participate in.

As a European who isn’t willing to splash out on the relevant pay-per-view channels, I’m pretty limited in my access to watching the championship live, but that doesn’t stop me from considering myself a fan of NASCAR racing, albeit from a distance. 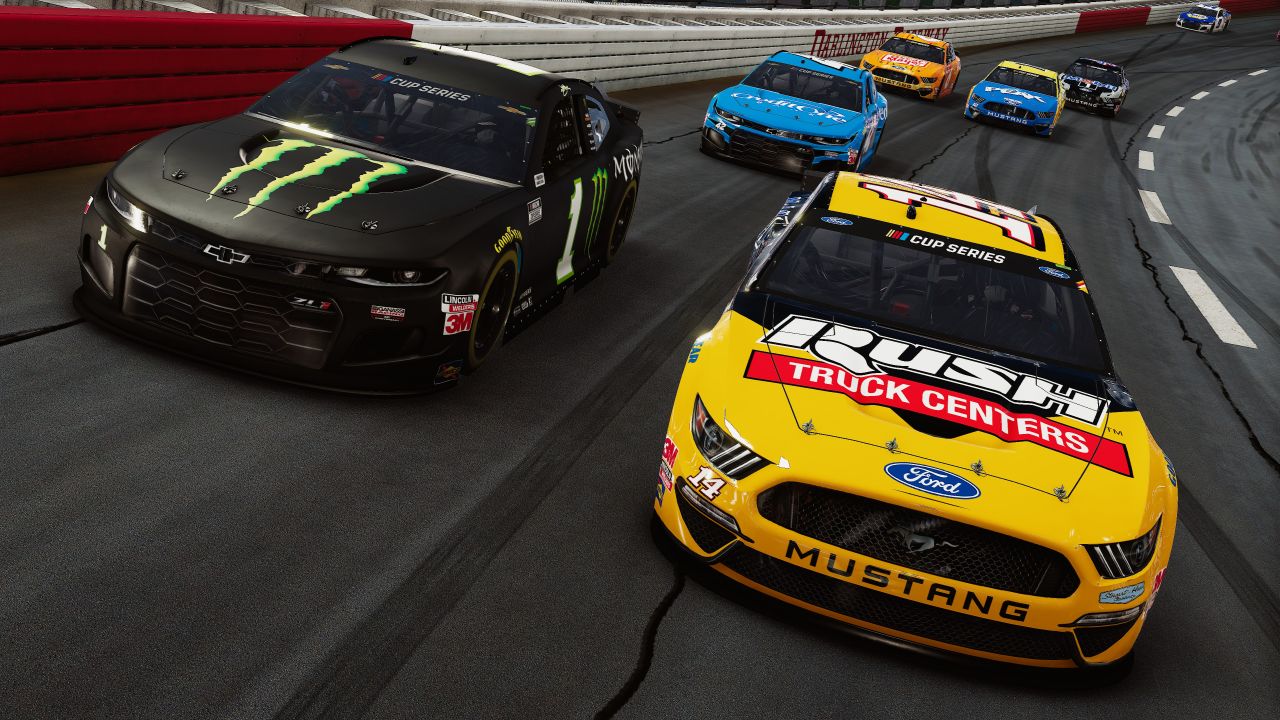 As such, I would think that a game based on the series and the varied support championships that sit underneath it would be an absolutely perfect fit for me, especially as Heat 5 doesn’t attempt to be an altogether hardcore simulation, but looks to straddle that bridge between realistic and accessible much like the Formula One series of games.

Sadly, despite the enviable licence and no less than four previous attempts to get it right, NASCAR Heat 5 falls down in pretty much every department – some of which are spectacular failures…

Ok, let us start with the more positive aspects from the title, namely the way AI races against you on the various ovals within the game.

AI behaviour
On ovals, I’ve found the AI to be exceptionally well behaved and quite intelligent in racing situations, producing believable overtakes and working strongly in pack drafting situations either with the player car, or together in groupings out on the circuit. This is certainly the best behaved oval AI I’ve had experience with, and without doubt one of the strongest positives for the title.

Draft partners
Another really enjoyable and well put together AI feature is draft partners, which can be toggled on or off in the options (assuming you can work out which button that relates to on your keyboard). Here, certain drivers within the AI will decide to become a draft partner with you, and either give you a tow, or perform a bump draft (when the AI push your car from behind), which has proven to be exceptionally useful on a number of occasions when racing in a tight field, or finding myself out of the draft group on track placement.

Audio
By no means is the audio great in NASCAR Heat 5, but it is an improvement over the dreadful implementation in the last of the franchise I played – NH4. A steady improvement, and something that doesn’t take away from the immersion, whilst not really adding any significant benefit to the game play experience. 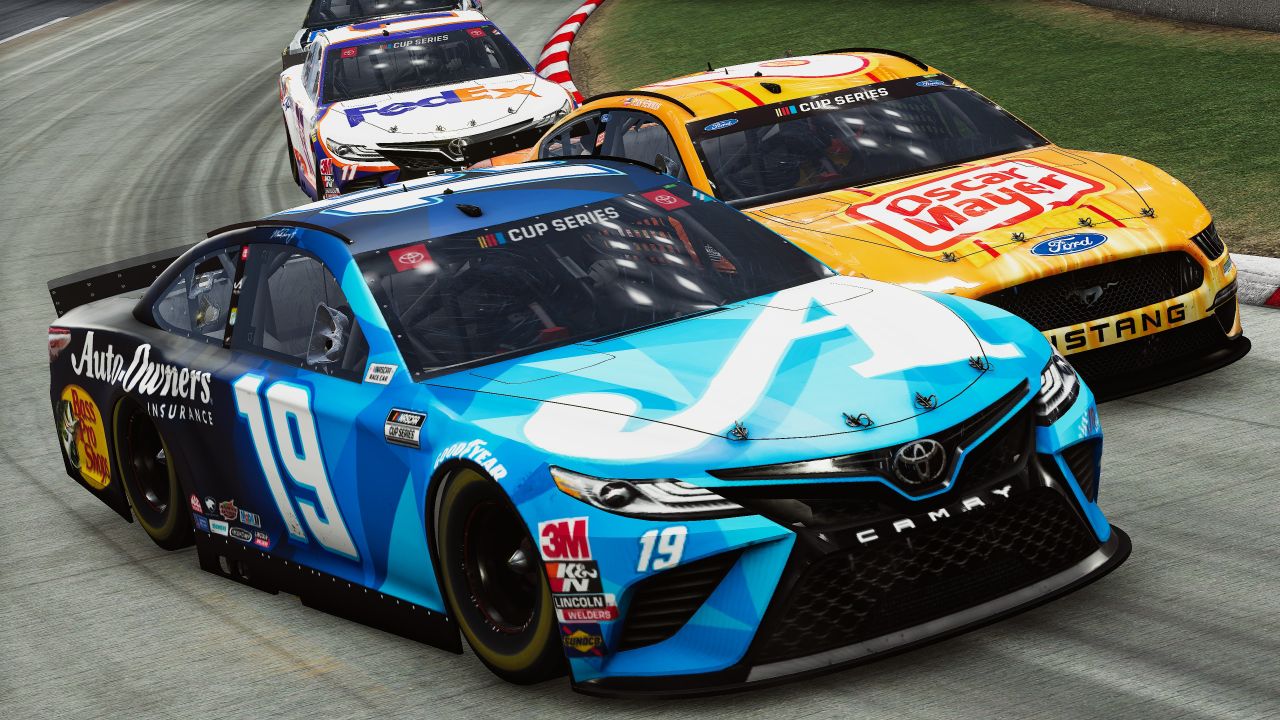 So, those are the key positives, now on to a select few of the rather large downsides to this game.

Lack of mouse support
This in itself is a disappointing result, however what really makes it almost laughable is the fact this game is very clearly a console port, with absolutely no effort put into the menu system to accommodate PC users. As I say in my review video, the game makes reference to console controller buttons that don’t exist on PC, leaving you completely in the dark as to how to access important game menus within the UI system and out on track.

Wheel and peripheral support.
It supports wheels and pedals (and gearsticks) – this is good. But the support isn’t very robust, and despite prominent Fanatec branding within the loading screens, I completely failed to get my Clubsport V1.5 shifter to recognise downshifts in sequential mode, or 1st and 2nd gear in h pattern mode.

From a wheel point of view, I have to re calibrate and allocate my steering every time I either load up the game or access the options menu, made doubly frustrating by the fact the menu only recognises my inputs one in every three attempts.

Force Feedback
Serviceable on ovals, the FFB in NASCAR Heat 5 is arguably the least impressive force feedback I’ve experienced in a modern racing title. When racing on an oval the wheel weight is good after you’ve adjusted it in your controller profile, and you can feel the bumps on track, but when you get to road course I’ve found the experience to be nothing short of horrendous.

The feedback tells you absolutely nothing about the car, and the sensitivity you have to use just to get round the circuit is way outside of any parameter I would call realistic. Frankly, you want to avoid any and all driving that doesn’t involve an oval, and save yourself the pain. 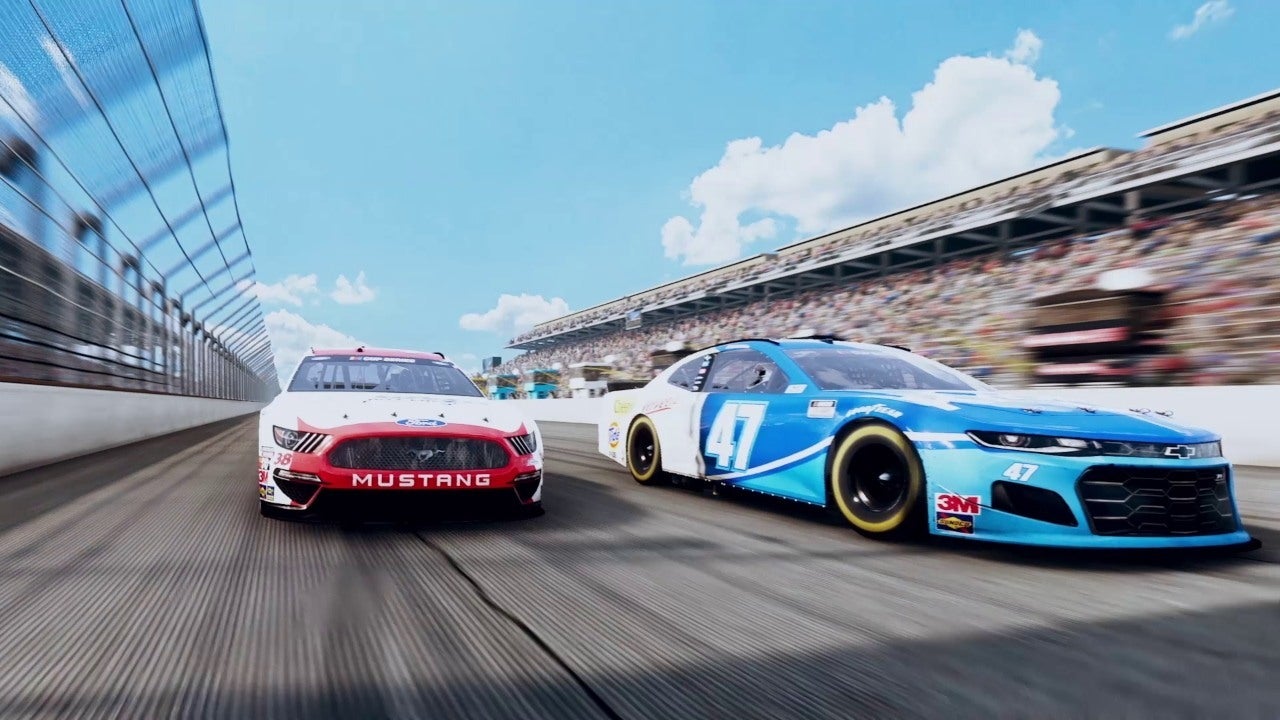 So in summary, NASCAR Heat 5 could have been great. I so desperately wanted it to be great, or even just decent would have done, considering the lack of available alternatives in the marketplace today. Sadly 704Games fail miserably to make a title that is either hardcore simulation, or enjoyable pickup and play – it has the basic core of something great (oval AI), but falls down in incredible ways in places it really shouldn’t do – which is exceptionally disappointing.

This may well be a good title for controller players (I suspect much of the wheel support is related to remapped control functions), and it is probably solid on console, but for a PC game, with a wheel and pedals, it really must be a robust skip for anyone other than the absolute most die hard of NASCAR fans.

As a fifth inclusion in the franchise, this really is not good enough.

NASCAR Heat 5 is available now on Xbox One, PS4 and PC.

Want help from the community getting the most out of the game? Head over to the Other Racing Games sub forum and get yourself in on the discussion today! 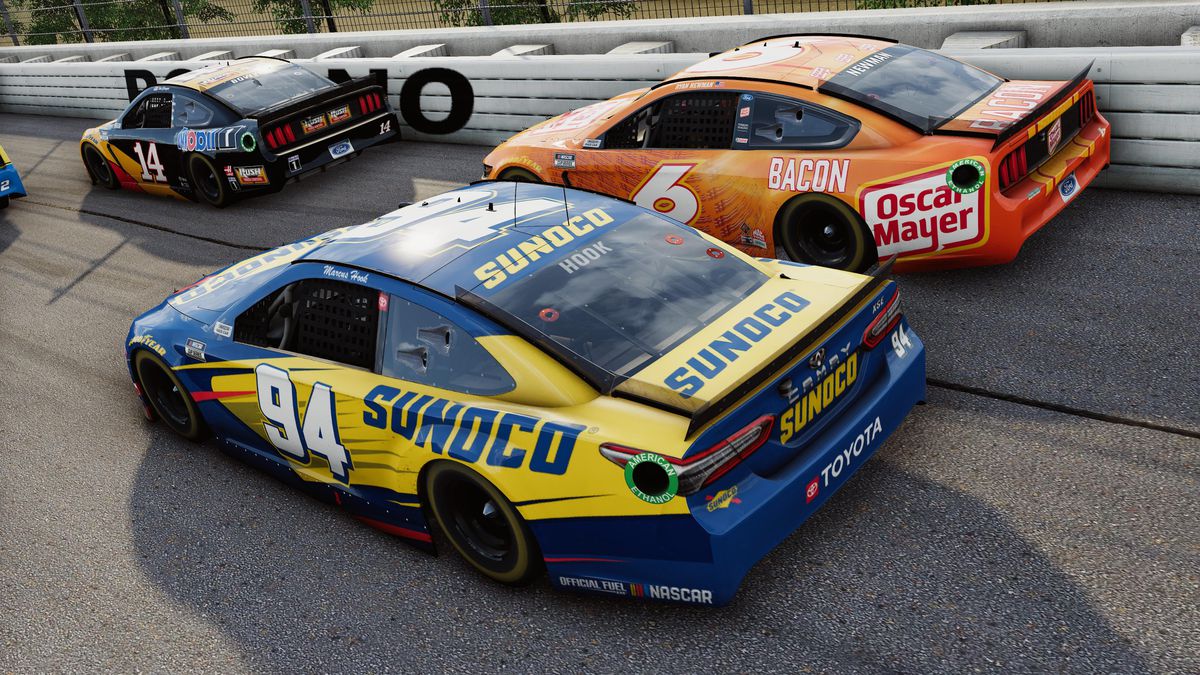