There’s only a week to go now until Project CARS 3 starts landing on doormats, and there’s still a few pieces of information coming out of Slightly Mad Studios. Today the developer has posted a short clip of the game’s new livery editor in action, to let fans know what to expect.

In terms of the console release, a livery editor would be a wholly new feature, so it’s interesting to see how SMS would approach it. The clip, coming in at just under a minute long, appears to cover all the bases pretty nicely.

The car used for the demonstration is a Formula Rookie, but we assume that the livery editor will be available for all the cars in the game. You can see that it’s relatively similar to the livery editor you’ll find in F1 2020, with preset designs and decal areas, for quickly crafting a custom livery for your car.

Firstly there’s the paint. Though the clip doesn’t linger on base paint colors for long, it looks like you can paint the whole car in a variety of different hues and paint finishes — we can see gloss, matte, matte metallic, flip, and matte flip options, though there may be others.

You can also apply a range of preset patterns to the car, which you can then paint in different colors. The base color is the main shade, with three other selectable paint colors for various areas of the pattern.

After that you can place decals. Again, these go in predefined areas on the car, with 21 different slots available on the demonstration vehicle. There’s a range of sponsor decals which include different categories — tires, brakes, suspension, and lubricant manufacturers, among others — along with fictional and esports logos. 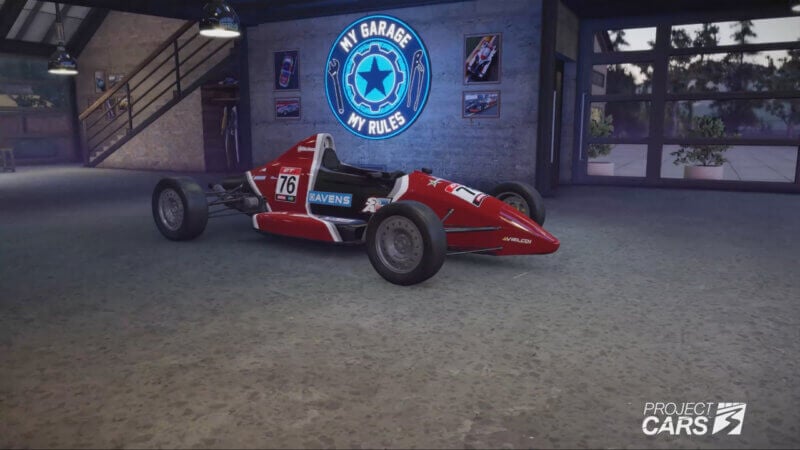 You can also pick from a number of different wheels and tire for your car, although we don’t see whether you can paint the wheels or not. All that remains then is for the player to place a race number, in several different styles and colors, and a driver name.

It may not be as in depth as something like GT Sport‘s editor, but it is nonetheless effective and should be easy to get to grips with.

Project CARS 3 arrives on August 28 for PlayStation 4, Xbox One, and PC. For everything you could possibly want to know about the game, check out GTPlanet’s Project CARS 3 – The Ultimate Guide page.