Scenery developer Davor Puljevic has released Split Airport, ICAO: LDSP, for the new Microsoft Flight Simulator. It’s one of the three main airports in Croatia, others being in Zagreb and Dubrovnik. The airport is situated near the Adriatic coast with very interesting approaches, because of the surrounding mountains and the beautiful landscape. During the last two years, the airport has been mostly rebuilt with a completely new terminal, which was opened last summer.

This scenery includes all modifications and reconstructions of the actual airport. As the airport is located on sloping terrain, some facilities are at different levels, which is extremely precisely modeled in the scenario. Also, the runway is not flat, it is significantly multiple sloped in the shape of the letter S, which was also reconstructed in detail. The scenery further includes hundreds of custom objects such as old town Trogir, shipyard, bridges, churches, and custom trees.

Available now on simMarket for EUR 19.84 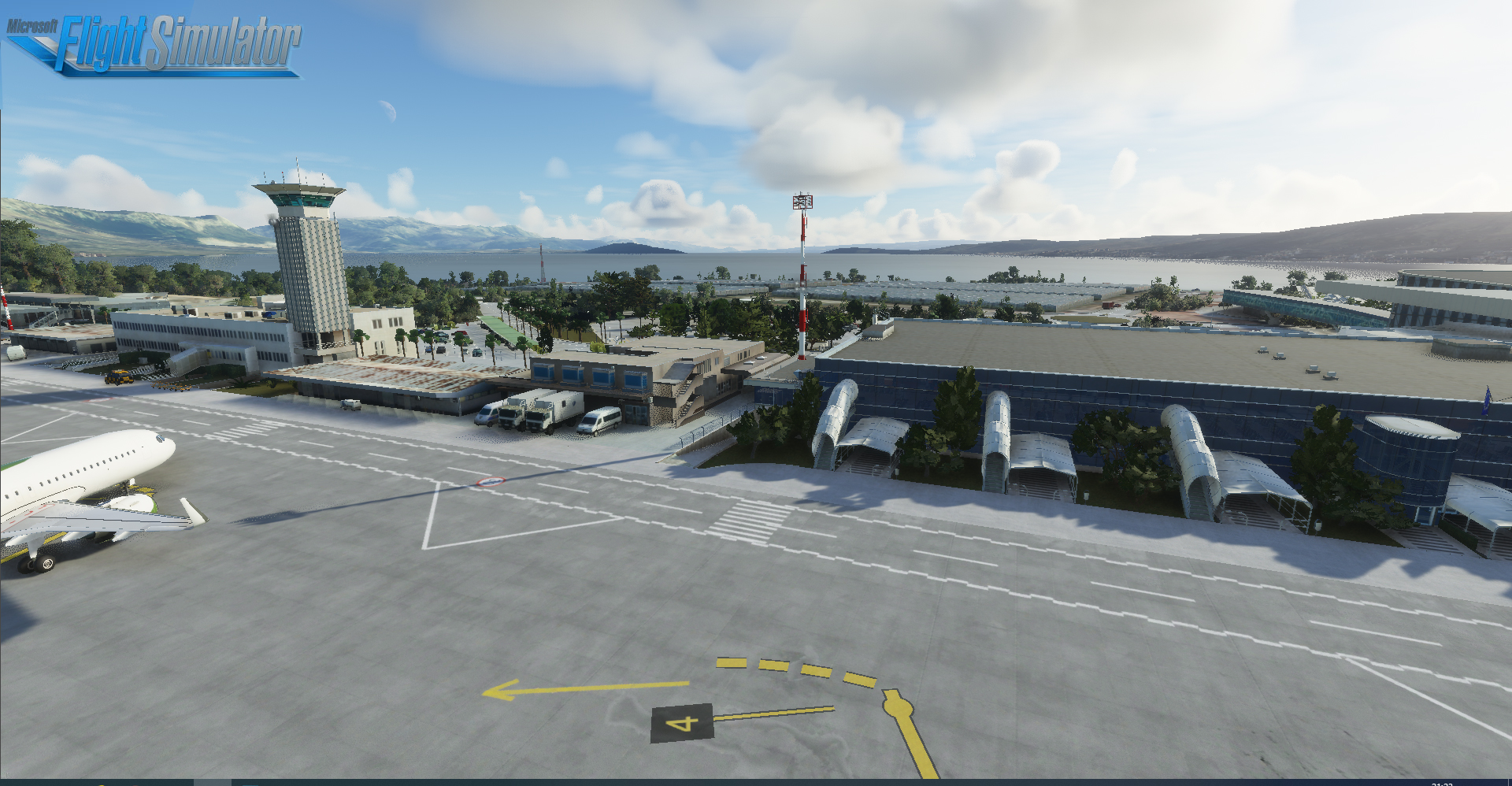