While flying during wintertime, the outside air temperature can be around zero degrees Celcius with high air humidity and low cloud base. There’s a possibility of ice forming on your aircraft even while on the ground, which is dangerous and can eventually drop you down from the sky. Some of the general aviation aircraft, such as the Bonanza G36, doesn’t have an Anti-Ice system. The new Microsoft Flight Simulator simulates the icing effect on the flight model as well as visually icing on the plane’s windows and front parts of the plane’s structures.

The icing effect that Asobo Studio has modeled is usually way too aggressive and can make Microsoft Flight Simulator unplayable when using Live Weather in some parts of Earth. Many virtual pilots are waiting for Asobo Studio to change the icing behavior, but until that happens, there is an easy way to disable the windshield icing effect for good. Go to your MSFS Options, and under Controls and Keyboard inputs, search for TOGGLE WINDSHIELD DEICE and choose an input for it.

Next time you fly into way too aggressive icing, just hit that input key or button you chose for the TOGGLE WINDSHIELD DEICE. The ice should melt from your windshield in just about a few seconds, no matter which plane you are flying. Also, under Assistance options, turn the ICING EFFECT to VISUAL ONLY to prevent any structural ice from making changes to your plane’s flight model, until it’s more decent. 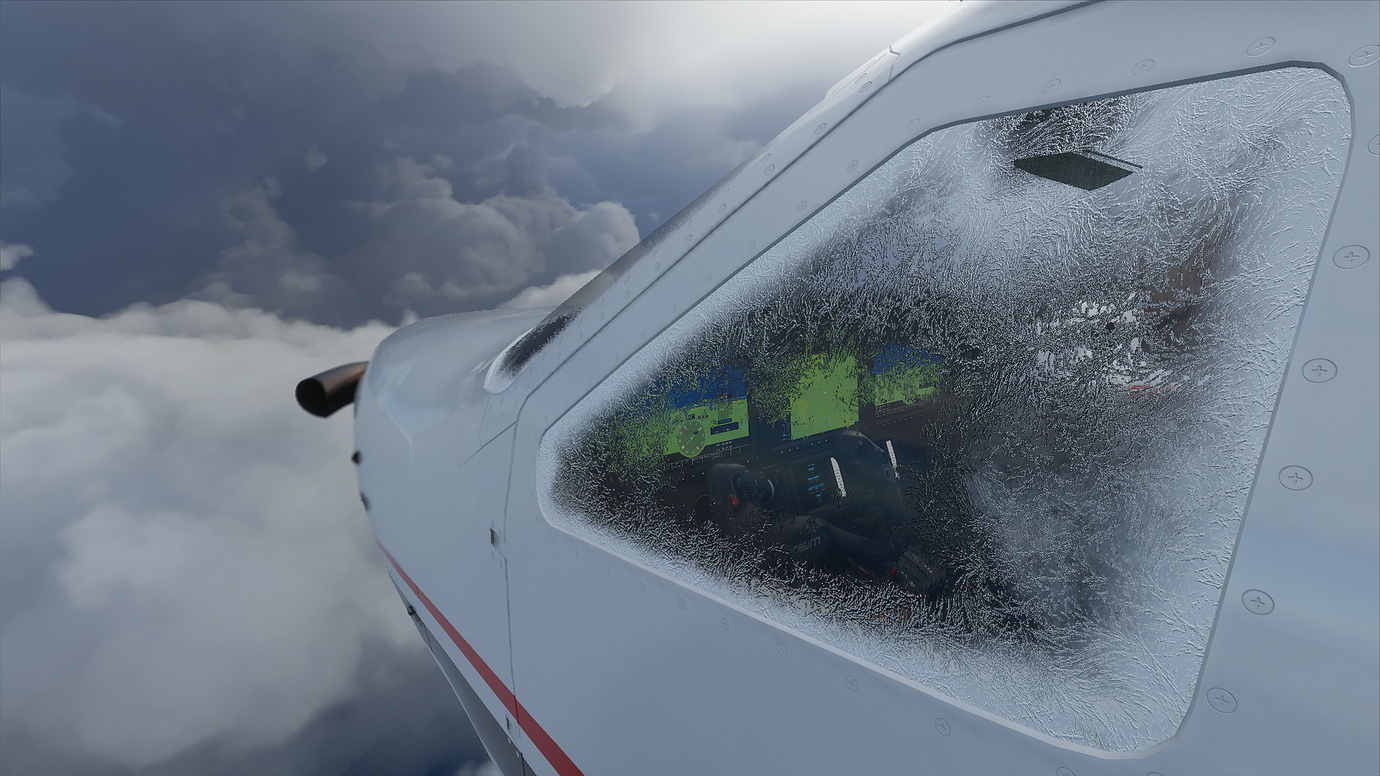